What Are The Benefits Of Doing A Pregnancy 3D Or 4D Ultrasound?

Ultrasounds are conducted during pregnancy to assess the health and development of the child growing in the mother’s womb. These help to detect and diagnose early any illnesses, abnormalities, or complications in the child. So early treatment can be started by the doctors and undesirable contingencies can be prevented in the child.

Women having low risk and complication-free pregnancies usually have at least one ultrasound as a part of their routine prenatal care. But older women and those with complications will generally have more ultrasounds. These ultrasounds are most often two-dimensional, also called 2D, and they provide a picture image of the fetus. 2D ultrasound creates outlines and flat-looking images which are used for seeing the baby’s body and internal organs.

Should Pregnant Women Worry About X-Rays?

Apart from 2D ultrasounds, 3D and 4D Ultrasounds are also being performed on pregnant women nowadays. 3D and 4D ultrasounds are not standard prenatal tests. They are mostly done for non-medical reasons. It is purely optional for women to get them done or avoid them altogether.

For doing an ultrasound, a sonographer puts a specific gel on the mother’s belly. It helps to carry the sound waves into the body. The sonographer then holds a probe/transducer against the belly and moves it around to get an image. These waves bounce off internal organs and fluids. And a computer converts these echoes into a two-dimensional image or a cross-sectional view of the fetus on the screen. 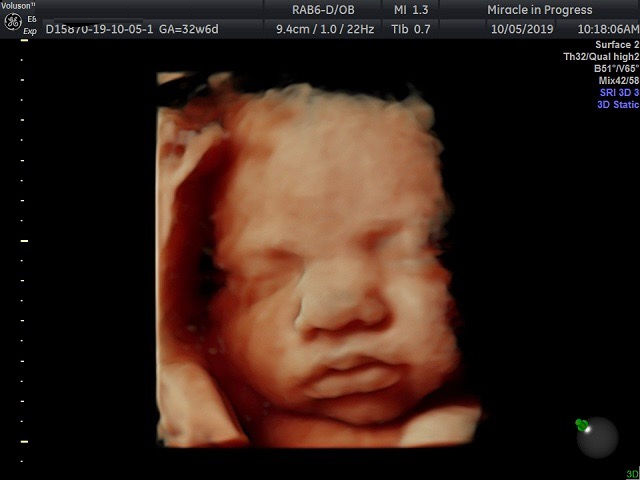 What is a pregnancy 3D or 4D ultrasound?

In a 3D ultrasound, multiple pictures of the baby are taken in 2D at different angles. Then they are combined to create a 3D image effect. A baby looks better in 3D images than in flatter 2D images. That’s why parents enjoy looking at 3D images.

In a 4D ultrasound, pictures are made in real-time. Consequently, parents are able to see the activities their child is performing in real-time. They can view the child moving legs and arms, opening and closing eyes, sucking the thumb, smiling, or yawning. These pictures show movements like in a video.

4D ultrasounds are most often performed for entertainment purposes and not for medical reasons. They enable parents to have a wonderful bonding experience with their growing child and have great memories.

·         Helps parents build a more intense relationship with their child

·         Enables fetal heart screening and diagnosis in a shorter time

·         Shares 3D ultrasound benefits like examination of the fetal heartbeat, placental localization, and evaluation of fetal growth and well-being

The medical opinion on the safety of 3D and 4D ultrasounds is varied. As per WebMD, a leading health information services provider, studies suggest that 3D and 4D ultrasounds are safe. Similarly, the American College of Obstetricians and Gynecologists (ACOG) says though there are no known risks of ultrasounds for pregnant women. But they should be carefully used and performed only for medical purposes.

How to Prepare for an Ultrasound During Pregnancy

As per Food and Drug Administration (FDA), an ultrasound on entering the body heats the tissues slightly. In some cases, this can create small pockets of gas in tissues or body fluids. The long-term effects of this gas accumulation are not known.

Groups like the American Congress of Obstetricians and Gynecologists and the American Institute of Ultrasound in Medicine have voiced caution. They say that excessive exposure to any ultrasound may not be good for the baby. Performing an ultrasound only for seeing the baby’s face may not be a good idea especially, at a commercial ultrasound center. This is because the center may or may not have highly skilled technicians.

Personnel at commercial ultrasound centers that offer keepsake ultrasounds may not be adequately trained. Consequently, they may fail to identify any abnormalities or other potential complications in your child. So there is a risk of missing a diagnosis.

Before getting done a 3D or 4D ultrasound, you are advised to consult your obstetrician/gynecologist. And seek his opinion about the pros, cons, and risks associated with these ultrasounds.

Now you know that a 3D or 4D ultrasound lets you see how your baby looks while growing inside the womb. And observe his various activities. Are you really interested in getting done a 3D or 4D ultrasound? Then get it performed from an established and reputed 4D Ultrasound California Center like DigiBaby. It has got state of the art ultrasound equipment and well-trained and experienced medical practitioners and sonographers.

While doing a pregnancy 3D or 4D ultrasound on you, our technicians will ensure you get the best, safe, satisfying, and enjoyable experience. Don’t miss this once-in-a-lifetime opportunity to get this ultrasound done at our facility. It will help you to build a great bonding with your child and have beautiful memories to cherish and treasure forever.